Delbert “Shorty” Belton was a veteran of the Battle of Okinawa

Delbert Belton, known as “Shorty” to his friends, was a veteran of one of the last battles in World War II, on the island of Okinawa.  Wounded when he was shot in the leg in that fierce battle, he came home like most veterans of the war, worked hard, raised a family, and probably spoke little about the war except to other veterans.

His life ended tragically last Wednesday when he was beaten to death by two teenage boys in a parking lot outside of an ice arena in Spokane, Washington, where Mr. Belton had lived most of his life, and where he was waiting on a friend to play pool at the Eagles Club.  The two teenage boys suspected of murdering Mr. Belton, both 16 years-old, are African-American.  A furor was raised around the country when it appeared that the media was not picking up the story, especially in light of the recent Trayvon Martin case, where most of the country was deluged with round-the-clock opinions, facts, non-facts, theories, and arguments about.

Many Americans felt that President Barack Obama should have commented on the senseless death of Mr. Belton, as he did on the death of Mr. Martin.

Unfortunately, but not surprisingly to many Americans, this has become in many people’s eyes a case about race. That the two teenage boys were black seems to have some great weight on the matter, instead of the simple fact that an unarmed elderly man was attacked, robbed, and beaten to death with heavy flashlights in a brutal, and seemingly random act.  Mr. Belton did not die until the next day, and one of his friends that found him battered and bleeding in his car said, “I was afraid and I don’t know why but I thought Shorty was afraid at the end and nobody should have to feel like that.”

What adds to the collective anger is the fact that Mr. Belton was a combat veteran. He was a young man in his prime when he fought and survived one of the most devastating war’s in world history.  War is bad enough, but at least the odds were somewhat fairer.  He was trained, and armed, and had some idea of what to expect, just as the enemy that was trying to kill him did.  How could Mr. Belton know that nearly 70 years later, he would again have to fight for his life?  But the Spokane Police Department says that is exactly what “Shorty” did:  “Our information is that the individual fought back and that may have made this, you know, a worse situation,” said Spokane Police Chief Frank Straub in a press conference Monday morning. “I’m not being critical of Mr. Belton, we certainly encourage individuals to fight back, and he should have. But it shouldn’t have happened to begin with.”

The police say that the teens, Demetrius Glenn and Kenan Adams-Kinard, chose to rob Mr. Belton because, at only five-feet tall and elderly, he was a “soft target.”  They do not believe race was a factor at all.  Glenn has quite a juvenile rap sheet already, including arrests for malicious mischief, fourth-degree assault, and riot with a deadly weapon.

This story begs several questions, many of which this author cannot answer, but wonders himself: Why were these teens out looking to rob people?  Why didn’t they have jobs or activities to keep them busy?  Most importantly, where were their parents?  As the father of a teenage son myself, I know that if he ever went out to deliberately hurt anyone, he wouldn’t have to worry about spending the rest of his life in prison, because he would never even make it to his court appearance.  At least not walking and breathing on his own.

Another question that has been burning in my brain is this: where was the American media?  I am going to include a link to England’s dailymail website, which did an excellent report on this story.  If you ask me, it’s pretty pathetic that I had to go to another nation’s news to find out even major details of this tragic story.  They also include several photos of Mr. Belton, his family and friends, and the two suspects that most likely have now thrown away their lives.

The absence of the media’s usual exploitation regarding this case does make one wonder if the PC-police have had a hand in keeping it (mostly) under wraps.  I’ve perused through several social media boards on Facebook and Twitter regarding the murder of Mr. Belton, and I’ve read the usual hatemongers spewing the typical racist rants, while others fear American youth have all become violent, raging psychopaths that would sooner kill you in some video-game-like trance than look at you.  But I haven’t given up hope on our youngsters just yet.  And I say that because I look at a man like Mr. Belton and remember that he was once young, and stood up to fight for those who couldn’t fight for themselves, putting his life in harm’s way to make us all safe. What we owe Mr. Belton can never be repaid, but hopefully justice can be done. 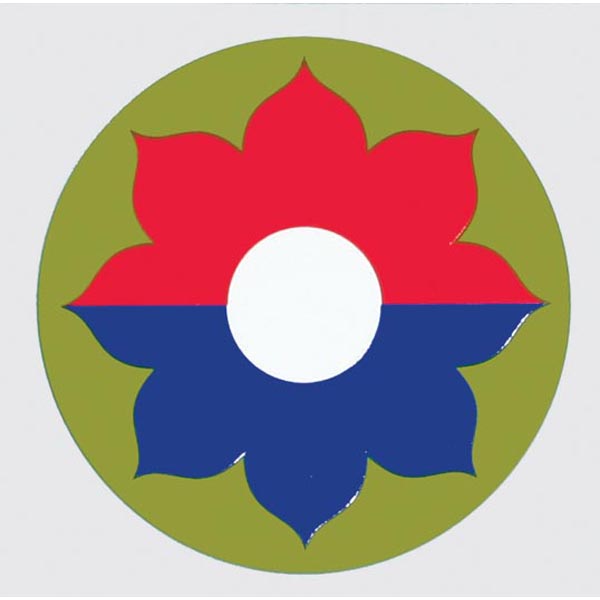 I have been absent for quite some time, but life has been quite crazy for awhile, so I apologize that I haven’t been keeping up with this blog. We just finished with our government furloughs recently and I’ve been putting together a class I’ll be teaching on the American Revolution (starting next week). To top it all off, I’m marrying a beautiful redhead at the end of next month, so as happy as I’ve been, I’ve also been rather stressed out. I’ll also be turning 38 in a couple of days, and I’ve been noticing more gray in the hair and beard than I want to admit too. Anyhow, mid-life depression aside, I have been (in my immense spare time) doing research on the 9th Infantry Division in Normandy in the summer of ’44. What I seem to be short on are primary source materials, especially letters, diaries, and accounts from veterans that fought there. I am therefore putting out a notice to everyone out there reading this that if they know of anyone that served in the 9th Division or any of its supporting units, please shoot me a note. I am looking for letters, diaries, even veterans that are still around and wouldn’t mind being interviewed by me. Any and all help I receive is greatly appreciated. The 9th was a veteran unit in Normandy, but never seemed to receive the esteem other divisions such as the Big Red One and the 101st did.

Also, I want to give a shout-out to my friend Yuri, who has an awesome website on the 9th, and is writing a book on the division’s actions in the Hurtgen Forest.

The World War 2 actions of the 9th Infantry Division

Where the creative meets the unknown